About a month ago a friend from California came to stay with us because he was attending the “Desiring God Conference,” and checking out the Bethlehem Seminary as a possible next step in his life. The weekend was filled with reconnection, new knowledge (I had no idea the Minneapolis bus system is as well organized as it is) and forgiving of old sins and hurts. 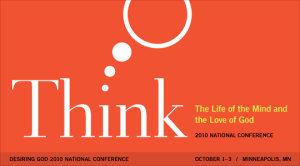 Speaking at the conference was one of my (Erick) “heroes”, Francis Chan. Francis has been an incredibly influential teacher in my life. I got a chance to talk with my friend about how Francis’ sermon, and the overall experience of the conference — and then put it completely out of my mind.

Until a week ago.

My best friend Jonathan sent our Bible study a link to a video of Francis’ talk at the Desiring God Conference entitled, “Think Hard, Stay Humble.”

Francis starts off talking about knowledge. His sermon surrounds 1 Corinthians 8:1-3 which talks about a kind of “knowledge” possessed by the Corinthians that Francis describes as “no duh” knowledge. Knowledge that had an attitude of saying, “how did you not know that? Everybody knows that!”

The part of the talk that really got me was when he transitioned into humility. He spoke of a woman named Joni Eareckson Tada who is a paraplegic — Courtney and I referenced Joni back in our August prayer letter. Francis talks about when Joni was diagnosed with breast cancer. She was in the hospital — because after her chemo treatments she got pneumonia — and during that time writes a letter to Francis to encourage him in his faith, and in his ministry, and to stay strong.

This image of humility, of absolute selflessness brought me to tears. I was completely blown away.

If you have an hour during your week this week (and hopefully everyone has a spare hour during their week) and an internet connection, watch this talk. God has a lot to say to all of us through Francis in these words.