Erick: The Office and Psych

Court made a comment that these two shows are “the same” and so I had to pick one … but clearly that didn’t happen.

It’s one of two TV shows that I actually own on DVD (the other being … “The Batman” animated TV series). I find the “office” situational humor simply perfect. The character composition and creation do a good job giving everyone at least one character to relate to (although I find myself relating to parts of several characters). It is the kind of show that I can always go back to and watch, laugh, and feel like I’m visiting old friends.

This is a recently discovered show that I had actually never heard of until this past summer (thanks to my brother Adam for introducing me to his favorite show). The witty humor, Dulé Hill & James Roday’s “buddy comedy” and detective-like scenarios, make for a very lovable show. It was through this show I discovered my true love for “buddy” shows/movies (i.e. Rush Hour, Men in Black, Blues Brothers, etc.) 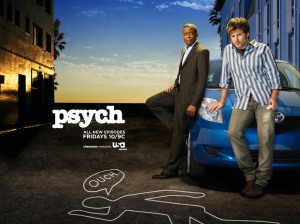 Courtney: The West Wing and Friends

Can I have two? I can have two, right? It’s our blog — I’m having two. I like a lot of shows, but these two are by far my favorite. When reruns are on — I always watch. I just can’t help myself.

Thanks to incredibly intelligent and witty writing by Aaron Sorkin, fabulous acting, and deeply relatable character development,  “The West Wing” is the best drama ever created. Yep, I said it. I LOVE this show. 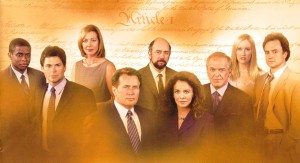 This show is hilarious. Plain and Simple. Every time I watch an episode — I laugh out loud. Which let me tell you — doesn’t happen that often. This show is timeless. And I have yet to see an ensemble cast be as funny as these guys.