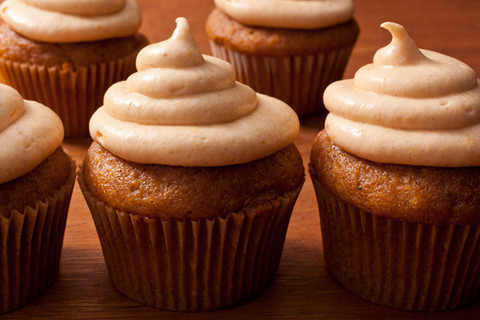 During this time of year give me anything with pumpkin in it, and I’m game. And then when you pair pumpkin with the spice of nutmeg, cinnamon, cloves and allspice, alongside cream cheese frosting — jeepers — I’m totally done for. It honestly doesn’t get better than that.

These cupcakes have made an appearance in my life a few times already this fall — most recently at my dear friend Amy’s baby shower last month. And to be honest, the maple addition to the recipe was because I was out of vanilla extract the morning of the shower. I had maple extract in my cupboard and boom — a better frosting was born. These guys are a total hit every time I make them.

I wanted to get this recipe out to you guys before the season switches from pumpkin to peppermint — so enjoy my friends. Enjoy.

Beat 1/2 cup of butter, the white sugar, and brown sugar with an electric mixer in a large bowl until light and fluffy. Add the room-temperature eggs one at a time, allowing each egg to blend into the butter mixture before adding the next. Stir in the milk and pumpkin puree after the last egg. Stir in the flour mixture, mixing until just incorporated. Pour the batter into the prepared muffin cups.

Bake in the preheated oven until golden and the tops spring back when lightly pressed, about 20-25 minutes. Cool in the pans for 5 minutes before removing to cool completely on a wire rack. 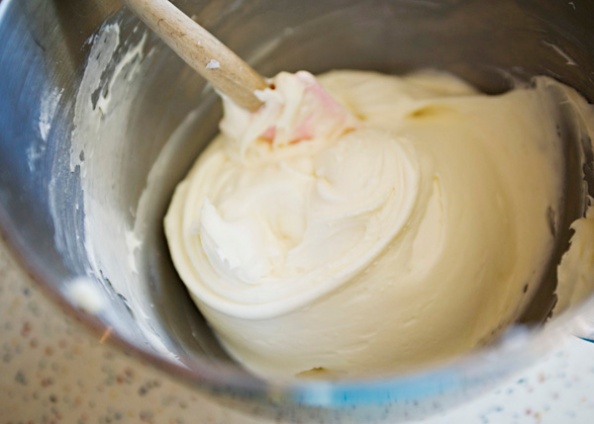