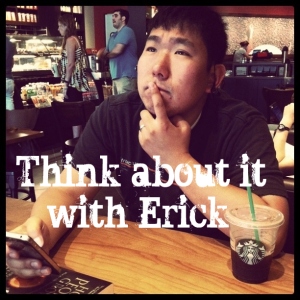 “Go therefore and make disciples of all nations, baptizing them in the name of the Father and of the Son and of the Holy Spirit, teaching them to observe all that I have commanded you. And behold, I am with you always, to the end of the age.”

This is referred to as The Great Commission, because it’s Christ’s commission, or marching orders, for His Church. These marching orders tell us to lead others to the same eternal truths concerning Jesus that we’ve come to know and embrace.

Making disciples is why we’re here on earth instead of in heaven. Think about it. At the time when Jesus gave these “marching orders,” He had already paid the price for all of mankind’s sins on the cross. He had been raised from the dead as living proof that His sin sacrifice was sufficient and that there was indeed life after the grave for those who followed Him.

Everything seemed to have been completed. Nothing stood in the way of the work of restoration between God and man. Where there once was no way, there was now THE WAY. Those first few disciples were thinking, “Great! Now let’s go with You to Your Kingdom” (Acts 1:6).

But the Lord had another plan. As pastor Bob Coy explains is, “[God’s] plan included many more lives being brought into His eternal Kingdom, a plan that would extend 2,000+ years into the future, a plan that includes us today! That’s why we’re here-to carry out God’s plan-and we do that by making disciples of Jesus Christ.”

What is God’s will for your life? A big part of it is to go and make disciples. He wants you to pass along the things you’ve learned from his Word to those who haven’t yet heard them. Whether it’s people who don’t know Jesus at all or people who know less about Him than you do, God’s will is for you to disciple them.

“To all those in Rome who are loved by God and called to be saints: Grace to you and peace from God our Father and the Lord Jesus Christ.”

When you think about the “saints” in the New Testament, who do you think of? Paul? Peter? James? John? Those are the first four that come to my mind for me. Of course there are many more, but lets just look at these four for a moment.

What do we think about when we think on these four men? I think of them as very highly regarded. They were clearly men who encountered Christ in a real and personal way. If not, I doubt they would have given all that they had, including their lives, to serve and give glory to their Savior. They met him in the flesh. I think of them as Christ-like. Direct disciples of Christ. So when I think about them I think of them as somewhat extraordinary. Like they were more Christ-like than I could hope to be because they were discipled by Jesus. Like they are somehow less subject to the same weaknesses and temptations as I am.

But as my thinking turns this way I am forgetting one big truth that CH Spurgeon reminds us of: “The nearer a man lives to God the more intensely has he to mourn over his own evil heart; and the more his Master honours him in his service, the more also doth the evil of the flesh vex and tease him day by day.”

Essentially: “mo’ money mo’ problems.” The more of Christ we have in our lives the more of our sinful nature is revealed. Like a dirty floor, the more light you cast on it the dirtier it seems because you’re exposing the dirt that the shadow was hiding.

The fact is, if we had seen the apostle Paul, we probably would have believed he was remarkably like the rest of us; and if we had talked with him, we probably would have said, “Wow, this guy isn’t much different from myself. Yea, he’s more faithful, more holy, and more deeply taught than I am, but he has the same trials to go through that I do.” In fact, we would probably conclude that, in some respects, he is going through harder things than we are.

What does this mean for us? Lets stop looking at the New Testament saints as being less prone to weakness or sin. Their holiness is attainable even by us. We are “called to be saints” by that same voice which constrained them to their high vocation.

As CH Spurgeon said on the topic, “It is a Christian’s duty to force his way into the inner circle of saintship; and if these saints were superior to us in their attainments, as they certainly were, let us follow them; let us emulate their ardour and holiness. We have the same light that they had, the same grace is accessible to us, and why should we rest satisfied until we have equalled them in heavenly character?”

The saints lived with Jesus, lived for Jesus, and we would would naturally believe that they grew to be like Jesus. If we would live by the same Spirit we too can draw nearer to Jesus and grow to be like Him as well.

“Turn to me and be gracious to me;
give Your strength to Your servant,
and save the son of Your maidservant.”

One of the more revelatory truths the Bible tells us (Christians) that we tend to forget about is this: God doesn’t call us to live out our Christian faith on our own strength alone, but He tells us to receive and depend on Him and His strength. “… not by might, nor by power, but by my Spirit, says the Lord of hosts.” (Zechariah 4:6b)

This is a truth that I have to be reminded of often. So frequently in life we are trying and trying to do things on our own. I find myself in the midst of planning some event or working on something in-the-moment and I realize that I’m operating under the belief that this thing is going to happen because of me and the efforts that I’m putting into whatever it is I’m doing.

I need to be reminded that I need God’s strength to truly complete the tasks that He has set before me. I need this reminder often.

In Psalm 86 David is crying out and asking the Lord to grant him His strength. David knew that his own strength wasn’t enough for what he had to do and that God was waiting and willing to give him all the strength he needed. However, the verse is not just about God giving just anyone His strength.

Take a closer look at the second line in the verse: “give Your strength to Your servant.” That’s an important point. It reminds us that while God gives us His strength, He also expects us to apply His strength toward His service.

Now this doesn’t mean you have to sell all your possessions and spend the rest of your life on the mission field (although it’s not a bad place to find yourself). Serving the Lord is a matter of being obedient to the calling He’s placed on our lives; whether it’s to be a stay-at-home mom who disciples her children, a CEO who represents righteousness in the boardroom, or a sales associate who treats every customer the way Jesus would. Serving is simply doing what God has called us to do.

Sometimes we wonder why our lives aren’t overflowing with the Lord’s power and strength. But the real question is, what are we doing with our lives? Are we just interested in our own thing, or are we committed to using God’s strength in His service?